Born on 21st, March 1898, Rafi Peer was the architect of the subcontinent’s modern drama tradition. This was a period of political awakening for the Muslims of the subcontinent. Rafi Peer’s father, Pir Taj-ud-Din, a respected lawyer in the High Court, was one of the movement’s leading intellectuals. Among his friends were Dr Allama Iqbal, the poet and philosopher who gave the idea of a separate state for the subcontinent’s Muslims, Mohammed Ali Jinnah, Pakistan’s founding father, and Maulana Mohammad Ali Johar, the leader of the Khilafat Movement. This intellectual background stimulated political awakening in the young Rafi Peer who became involved with the Khilafat Movement as well as the All-India Muslim League during his days at the Government College Lahore. His first attempts as a writer date from that period. In 1916, he was sent to England to study law at Cambridge. Self-assured and proud of his Indian origins and heritage, Rafi Peer found it difficult to cope in the country of his British rulers. After three turbulent years, a scuffle ended his student days at King’s College and he moved to Heidelberg, Germany, to study philosophy. 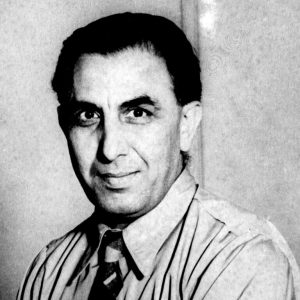 In the early 1920s, while in Berlin, he met the man known as the father of modern European drama, Austrian-American director/actor Max Reinhardt, who recognized the young Indian’s exceptional artistic talent. Initially reluctant to pursue a career in theatre, a professional choice quite inconceivable for the scion of a conservative Muslim upper-class family, Peer changed his mind after being impressed by Reinhardt’s directorial prowess and began training as an actor. Returning to India in the 1930s, he began teaching acting and direction at the Indian Academy of Dramatic Arts. With Peer playing a pivotal and dynamic role, the Academy succeeded in developing contemporary national theatre, combining elements from modern European and traditional Indian performances, giving birth to a new generation of professional actors. 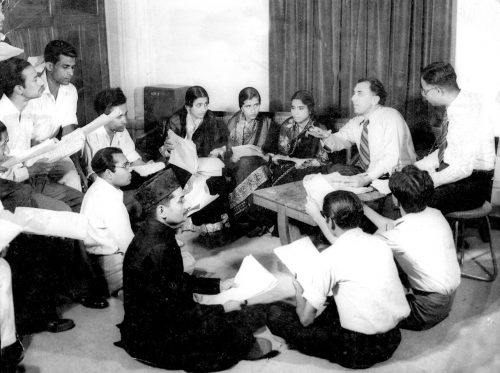 The culmination of this pioneering effort was the establishment of the Indian National Theatre in Bombay which developed and performed plays in a variety of Indian languages. There were presentations of Shakespeare in English, often with Rafi Peer playing the lead part, of Kalidasa and Sudraa in Sanskrit, and Tagore in Bengali. During the next two decades, Peer pursued theatre actively while exploring other mediums such as radio and film. He nurtured the budding art form of radio drama in the subcontinent and starred in the film Neecha Nagar which won three awards at the 1946 Cannes Film Festival.

After the partition of India, Peer chose to settle in Lahore, the provincial capital of Punjab, which had flourished as a centre of culture and arts during the Mughal era, especially under Akbar. There he set up a theatre group called Drama Markazand which pioneered the tradition of Pakistan’s nascent radio drama. Like Rabindranath Tagore before him, Rafi Peer cultivated the languages of his homeland in his works. He wrote in Punjabi and Urdu, using his plays to highlight social injustice and the role of women in society. Many of his ideas were far ahead of his time, to the point of being revolutionary. His themes sometimes shocked the audiences, and mostly provoked them into new realms of thought. He always considered the actor to be at the heart of the drama.

“I believe that the central element, the focal point of the drama, is the actor and the actor alone. I am not underestimating the importance of the writer, the producer or the director but I do not consider either one of them to be of pivotal importance. This distinction is with the actor alone,” emphasized Rafi Peer. “The actor can perform without the writer and the director; he can create and present his own drama… The dramatist and the producer, however, cannot do without the actor.”

Rafi Peer thought the actor’s status was reduced to that of a puppet in the film where the director reigned supreme. He was quite convinced that films could not add to the technical development of drama, and that the film industry did not offer a fertile ground for creative drama. He conceded that radio drama had some scope but was still severely limited because of technical problems and lack of resources.

“Stage is the only real forum where civilisation can experiment creatively with full freedom to express itself through drama, provided the stage drama has roots in real life.” 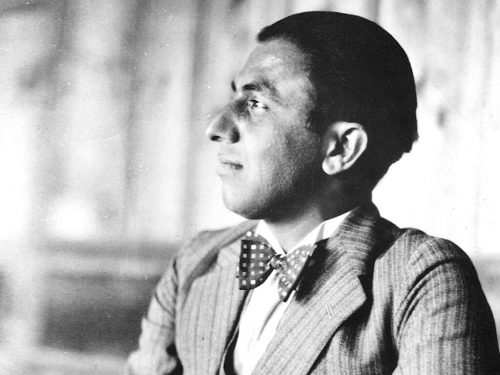 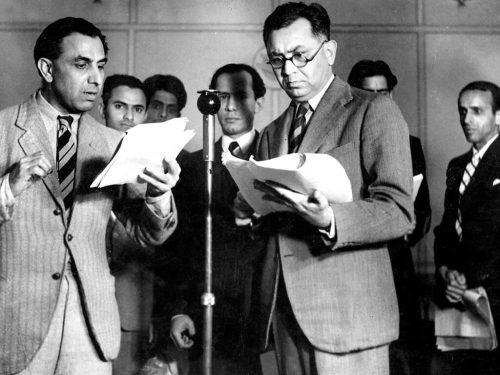 In his later years, Peer wrote on theatrical and literary theory and lectured at leading universities and academies, where he tirelessly advocated the craft of drama, acting and theatre. When he died in 1974 he left behind a legacy of commitment and appreciation for the arts, as well as a collection of timeless theatrical works.

Dr. Enver Sajjad calls Rafi Peer the “only” link between classic and contemporary theatre in India, who was instrumental in nurturing many of our serious modern dramatists.

“Rafi Peer was a perfectionist, and very demanding of how his own creative work was used…which is why he never allowed any magazine to publish his plays.”

Ashfaq Ahmed says that drama came from within Rafi Peer.

“Rafi Peer was the mystic of the world of drama. Drama was neither a livelihood nor mere entertainment for him. It was something much more profound. I don’t know of any other drama writer except Rafi Peer who would spend days and weeks over a few words and sentences to emphasise the characters that he had created.”